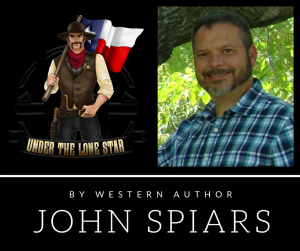 UNDER THE LONE STAR is dedicated to everything Texas. In my blogs I will discuss food, travel, culture, places of historical interest, and the legendary figures that made this great state what it is today. From time to time, I will incorporate people and places outside of Texas, that I feel are significant to the history of the “Old West”. Pretty much if I like it I will talk about it, but I will always strive to make my blog interesting as well as informative.  This site will also be used to promote my western novels that are currently available on Amazon.  Subscribe to my newsletter for book updates and promotions and you can follow me on Facebook at Under the Lone Star. 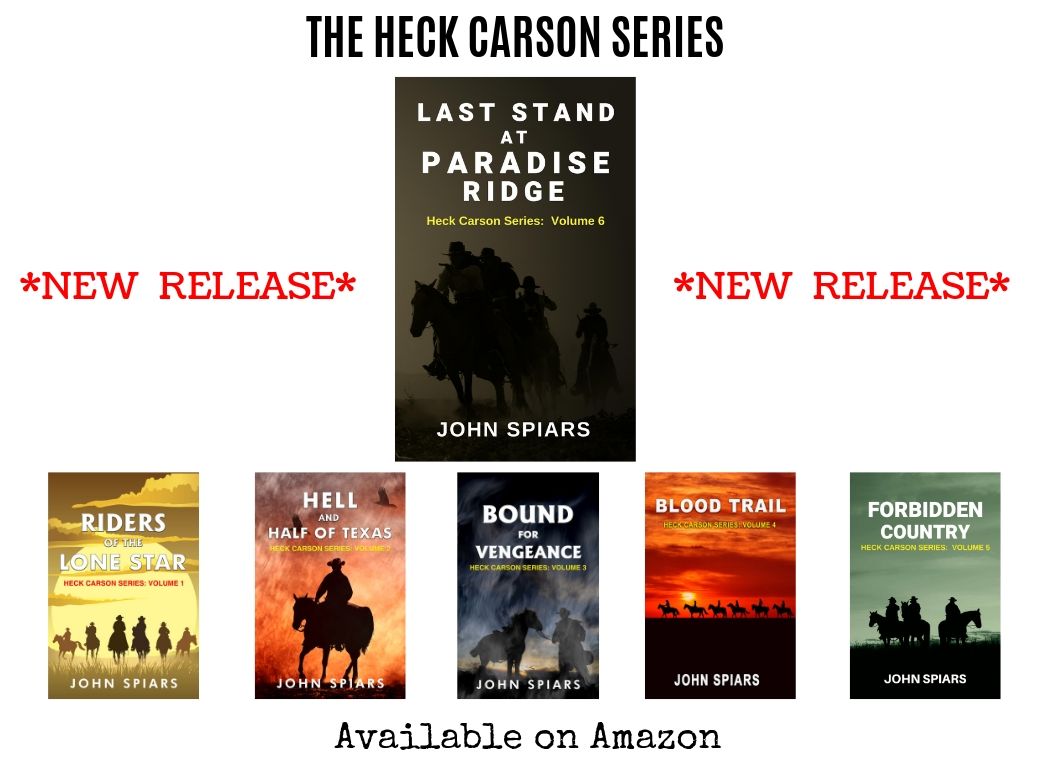 During the early days of the “old west,” laws and men to enforce them were in short supply, so when trouble arose, it fell to each individual to seek justice for himself and his family.  When satisfaction was demanded over some dispute, entire communities sometimes were divided along family lines, and minor infractions often erupted into vicious feuds, which could last for years and lead to the deaths of many people on both sides.  This month’s blog is about such a feud that took place in South Texas during the 1860’s and 1870’s between the Taylor and Sutton families.

In the years following the Civil War, reconstruction came to Texas and tensions ran high between the new government that controlled Texas and the local citizens who found it hard to let go of their prejudices and hatred of the Yankees, whom they saw as interlopers interfering with their homes and livelihoods.  Times were hard and money was scarce, but the cattle business was one area that seemed to be thriving, so many resorted to horse and cattle theft to make ends meet.   In this atmosphere of hardship and hostility, it didn’t take much for minor disagreements to turn into shooting fights, and that’s just what happened between the Taylors and Suttons.

What kicked off the feud has been lost to history, but it seems likely that it had to do with land, cattle, and a lot of hard feelings brought about by reconstruction.   The Taylor family was led by Pitkin Taylor, whose brother, Creed, was a famous Texas Ranger.  William Sutton, a former Confederate soldier and rancher, headed the Sutton family.  William Sutton became a deputy sheriff of DeWitt county, and on March 25, 1868, he killed Charley Taylor while arresting him for horse theft.  On Christmas Eve of that year, Sutton killed Buck Taylor and Dick Chisholm in Clinton, Texas, over the legality of some horses that were in their possession.

Sutton worked closely with the newly formed State Police Force under Jack Helm, who were tasked with enforcing reconstruction, which made them very unpopular with the locals, so Sutton’s part in the killings of these men was looked on with great suspicion.  Jack Helm and the State Police Force were seen as little more than hired guns for the Sutton family, and the seeds for a violent feud were sown.

The State Police killed Jack Hays Taylor on August 23, 1869 on charges of cattle rustling, and then on August 26, 1870, they arrested Henry and William Kelly, sons-in-law of Pitkin Taylor, on what seemed to be trumped up charges.  However, the two men never saw the inside of a jail cell.  They were instead executed by the State Police, supposedly on orders of Jack Helm.  He was relieved of command of the force over the incident but held on to his position as Dewitt County Sheriff, leaving William Sutton as the head of the State Police.

In the Summer of 1872, Pitkin Taylor was lured from the safety of his home and gunned down by Sutton men, dying of his wounds six months later.  Jim Taylor swore vengeance over his father’s death and went after those he thought responsible.  He shot and wounded William Sutton on April 1, 1873, and then, with the help of John Wesley Hardin, he shot and killed Jack Helm.

William Sutton, in fear for his life and tired of the killings, tried to leave Texas by steamer on March 11, 1874, but he and close friend Gabriel Slaughter were gunned down by Jim and Billy Taylor, dying in front of their wives.  In retaliation for the murder of William, several Sutton partisans lynched three Taylor men as they were driving a herd of cattle.

On November 11, Reuben H. Brown, the new leader of the Sutton faction and marshal of Cuero, Texas was shot and killed in the Exchange Saloon by John Wesley Hardin, and then a month later, John Taylor and a friend were shot down in Clinton.

The last known killings as part of the feud occurred on September 19, 1876, when Philip Brassell, a respected doctor and friend of the Taylors and his son George, were taken from their home and executed by Sutton men.  The community was outraged by these murders and demanded that something be done to end the killings.  The newly reinstated Texas Rangers stepped in and finally negotiated a peace treaty, ending the feud for good.  The Taylor side lost a total of 22 men, while the Suttons lost 13, but as with all feuds, neither side could claim a victory, and in the end, all those who were there at the start were consumed by the flames of their own violence.

At their core, communities are built on laws and those that enforce them, and the Taylor-Sutton Feud shows the worst of what can happen in the absence of law and order.  Thank you for joining me for another stroll through Texas history.  Now, saddle up, get out there, and enjoy all that the great state of Texas has to offer.