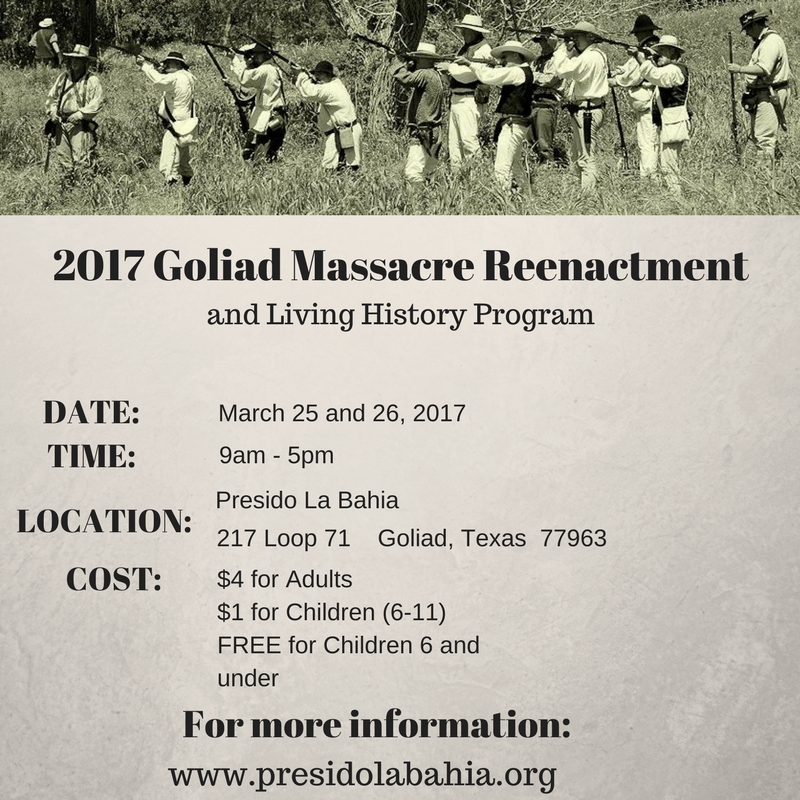 Hey Guys. If you’re going to be in the Goliad, Texas area on March 25 and 26, help celebrate Texas Independence by attending the 32nd annual Goliad Massacre Reenactment and Living History Program. Come see battle reenactments, a reenactment of the massacre, and candlelight tour during this two-day event, with reenactors representing both the Mexican and Texian soldiers.

The heroes of Goliad seem to get lost to history, with much of the attention going to the brave men who perished at the Alamo, but James Fannin and the other men at Goliad sacrificed as much as anyone upon the alter of freedom, and are just as deserving of our respect and remembrance. To learn more about the Goliad Massacre and James Fannin, keep checking Under the Lone Star, as I will be including write ups of both on future blog posts.