When I think of Texas, one of the first things that comes to mind are the Texas Rangers, and the first Ranger that comes to mind is John Coffee “Jack” Hays. He was everything that the Ranger legend says a man should be, but in his case, the man lives up to the legend. Hays was a Ranger, soldier, businessman, and politician, who moved from Tennessee to Texas and then to Northern California, and managed to make history every step of the way.

John Hays was born in Wilson County, Tennessee in 1817 into a prominent family. His father served during the War of 1812, and his Uncle, John Hays, for whom he was named, served under Andrew Jackson at the Battle of New Orleans.

In 1836, Hays moved to the Republic of Texas, where Sam Houston appointed him to the Texas Rangers. As a Ranger Captain, he led his company in many skirmishes against the Comanche, but the most famous was the Battle at Plum Creek. The Comanche were led by Buffalo Hump and had carried out numerous raids into South Texas, where they had accumulated a huge herd of horses and many other plundered items. As they were trying to make their way back to the Llano Estacado, they were confronted near present day Lockhart by Hays and his Rangers, who were joined by a Texas militia. At the end of the battle, the Comanche were able to escape with some of the horses, though many were recovered and over eighty Comanche lay dead on the battle field.

During the Mexican War, Jack Hays commanded several companies of Rangers. Participating in several key battles, Hays and his Rangers won many victories, which cemented the reputations of both the Rangers and Hays. During battles at Monterrey, Mexico City, and Matamoros, the Rangers decisively beat back far superior forces. Another Texas Legend was born during this war as well when Hays was the first to field test the Colt Patterson revolver. His use of the Patterson was also the impetus for him to introduce Samuel Walker to Samuel Colt, which led to the development of the famous Walker Colt.

In 1849, Jack Hays led a group of Forty-Niners from Texas to California. In 1850, he was elected Sheriff of San Francisco California, which led him into local politics. In 1853, he was elected surveyor-general for California, and he amassed a fortune from real estate dealings and ranching. During the 1860’s, he commanded a force of volunteer soldiers and retired from military service with the start of the Civil War. On April 21, 1883, John Coffee “Jack” Hays died in California and was laid to rest in Oakland.

Jack Hays was a man of action, just like his adopted home state of Texas, and his exploits built the fighting reputations of himself and the Texas Rangers. He set the example that generations of Texas Rangers would follow, enabling them to bring law and order to the untamed frontier, so in that sense, he helped lay the foundation for all that the great state of Texas would become. Texas has many institutions that are at the very heart of who we are as Texans, but none elicits more feelings of pride than the Texas Rangers.

Among my passions that have been discussed on previous blogs, one of my favorites is GOOD Mexican food. I stress good, because despite Texas being famous for its Mexican food, really good Mexican food is surprisingly hard to find. While there are chain establishments and pretenders on every corner, and they might satisfy the tourists and those less discerning, good Mexican food should be both authentic and fresh. I have several favorite spots around The Lone Star State that more than meet these requirements, but in Fort Worth it’s got to be Esperanzas Bakery and Cafe. 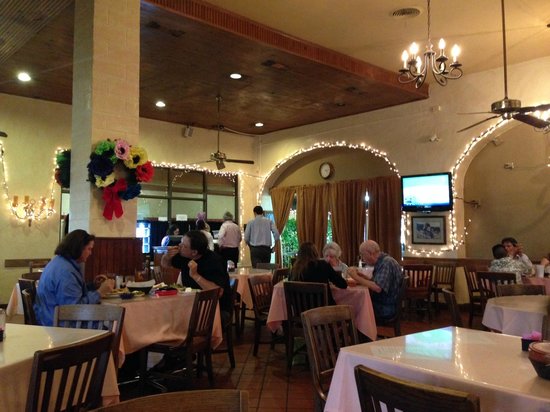 The Garcia family have been treating Fort Worth diners to outstanding food since 1935, beginning with their original restaurant, Joe T. Garcia’s. The family was devoted to treating their customers like honored guests, and that meant serving only the best food and using the finest ingredients. That tradition is alive and well today at both Epseranzas locations, where the food and service are always excellent.

My favorite meal has always been breakfast, and on Saturdays my family and I enjoy indulging in a late breakfast out, which often means going to Esperanzas. Their huevos rancheros, chilaquiles, huevos ala Mexicana, and migas are all excellent, and my children tell me their pancakes are delicious as well. 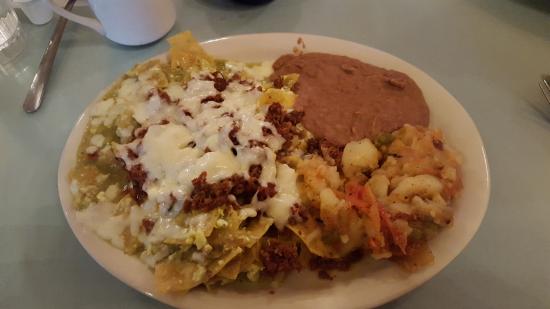 All the breakfast entrees include large portions, hot tortillas, chips and salsa, and if you get there early enough, homemade biscuits.

If breakfast isn’t your thing, not to worry, their lunch and dinner menus are every bit as good as their breakfast. It includes traditional: beef and chicken enchiladas, tacos, fajitas, ceviche, and the very best sopes around. As with all their entrees, the portions are huge and come with tortillas and chips and salsa.

They have two Fort Worth locations: 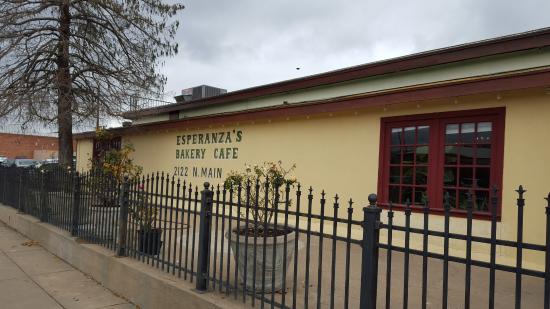 Esperanzas is also a panaderia, with a huge selection of bread and pastries baked fresh every day.   If you are too full after your meal just by a bag of goodies to take home. They are fabulous for a quick breakfast or just for a snack. 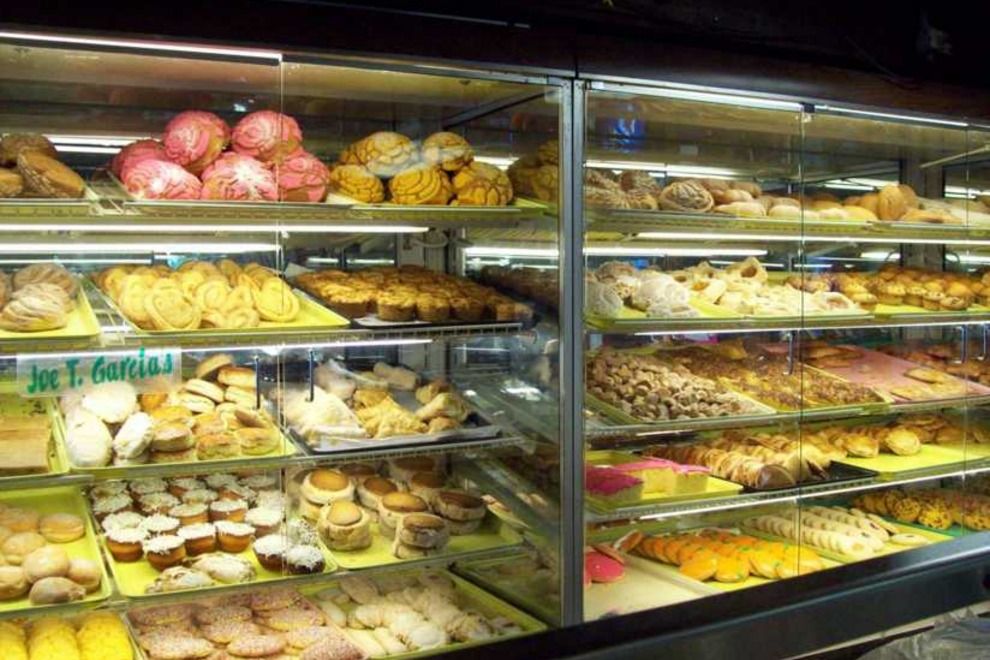 Take my word for it, and stop into Esperanzas for breakfast, lunch, or dinner, and you will not be disappointed. The food is wonderful, the people are friendly, and the prices are very reasonable. If you go to the Main Street location, allow yourself enough time to walk off your meal browsing the shops in the Historic Fort Worth Stockyards and you’ll get the full flavor of Cowtown. Now, get out there and enjoy all that the great state of Texas has to offer.