Of all those that helped build what would become the great state of Texas, it would be hard to find one who did more than Juan Nepomuceno Seguin. He started his life of service as a teenager, helping his mother run the family’s post office in his hometown of San Antonio, while his father served in congress. From then until the end of his life, Juan Seguin served as a military and political leader, serving wherever Texas needed him. 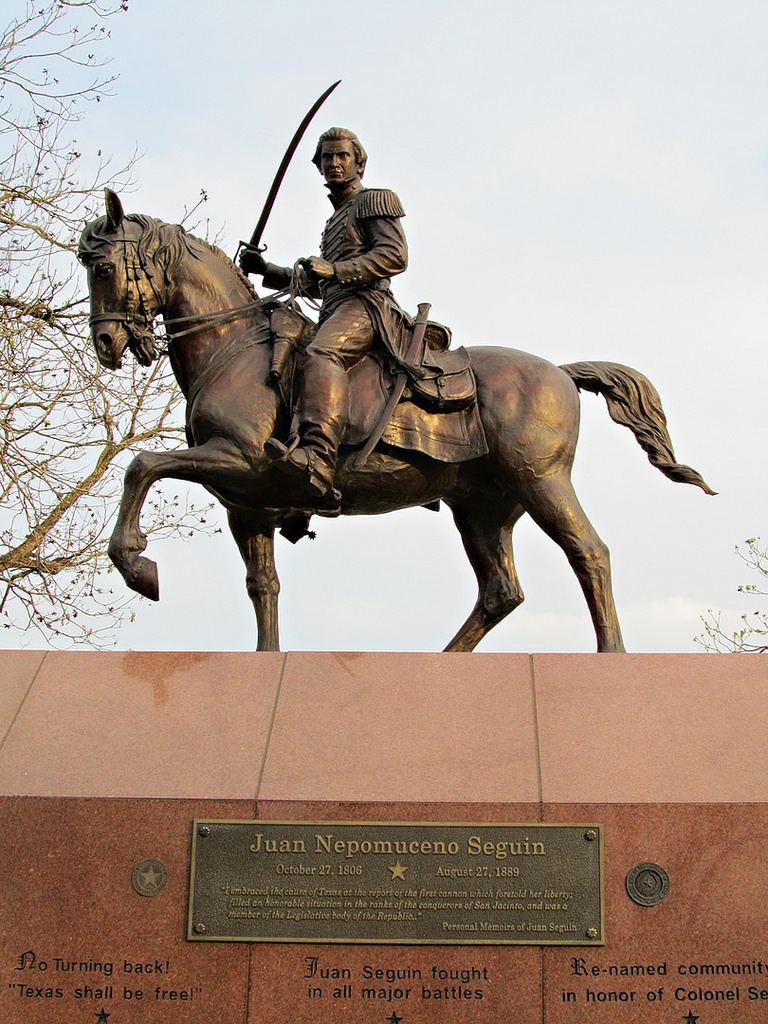 Juan Seguin was born on October 27, 1806 in San Antonio to Juan Jose Maria Erasmo Seguin and Maria Josefa Becerra. At nineteen Juan married Maria Gertrudis Flores de Abrego, whose family were prominent ranchers in San Antonio, and together they had ten children. Not long after getting married, Juan began his political career when he was elected alderman in 1828, after which he served on several electoral boards before being elected mayor of San Antonio in 1833.

When tensions between Texas and Mexico boiled over into rebellion in 1835, Stephen F. Austin commissioned Seguin as a captain after he raised his own company. After the Battle of Gonzales, Seguin and his men participated in several scouting and supply operations, and then marched to San Antonio in time for the Battle of Bexar, where the Texian forces took the city back from the Mexican Army. He stayed in San Antonio, and after the arrival of Santa Anna’s army he took refuge inside the Alamo along with three hundred other Texian volunteers. During the siege, he was sent as a courier to Gonzales, making him one of the only adult survivors.

Juan Seguin quickly organized a company and made it back to the Alamo, but by the time he arrived the mission had already fallen. Him and his men provided rear guard actions for Sam Houston’s army, keeping the Mexican Army from intercepting them before Houston could consolidate his forces. Seguin was present at the Battle of San Jacinto, where the Texians defeated the Mexican Army, and he later accepted the Mexican surrender in San Antonio on June 4, 1836. 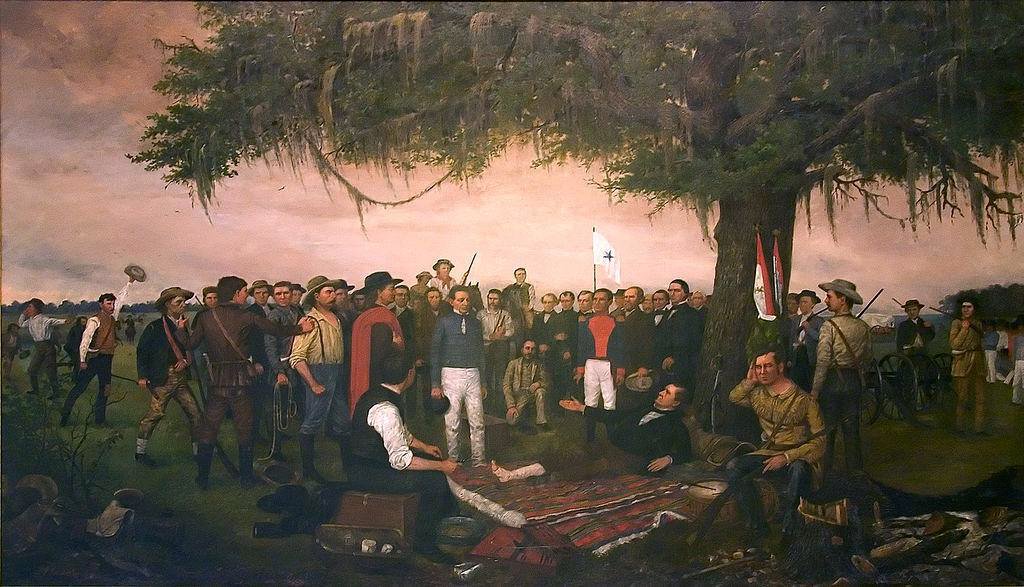 Through the fall of 1837 he served as the military commander of San Antonio, where he provided one of the most valuable services of his career, holding burial services for the remains of the Alamo heroes. At the end of 1837 he was elected to the Texas Senate, at which time he resigned his commission. He served in the senate until 1840 when he resigned, after which he served several more terms as mayor of San Antonio.

During the 1840’s he was involved in unpopular land speculation and became involved in growing unrest between Anglo Texans and Tejanos, forcing him to flee to Mexico, where he remained until after the Mexican American war. He died on August 27, 1890 and in 1974 his remains where buried in Seguin, Texas, the town named in his honor. 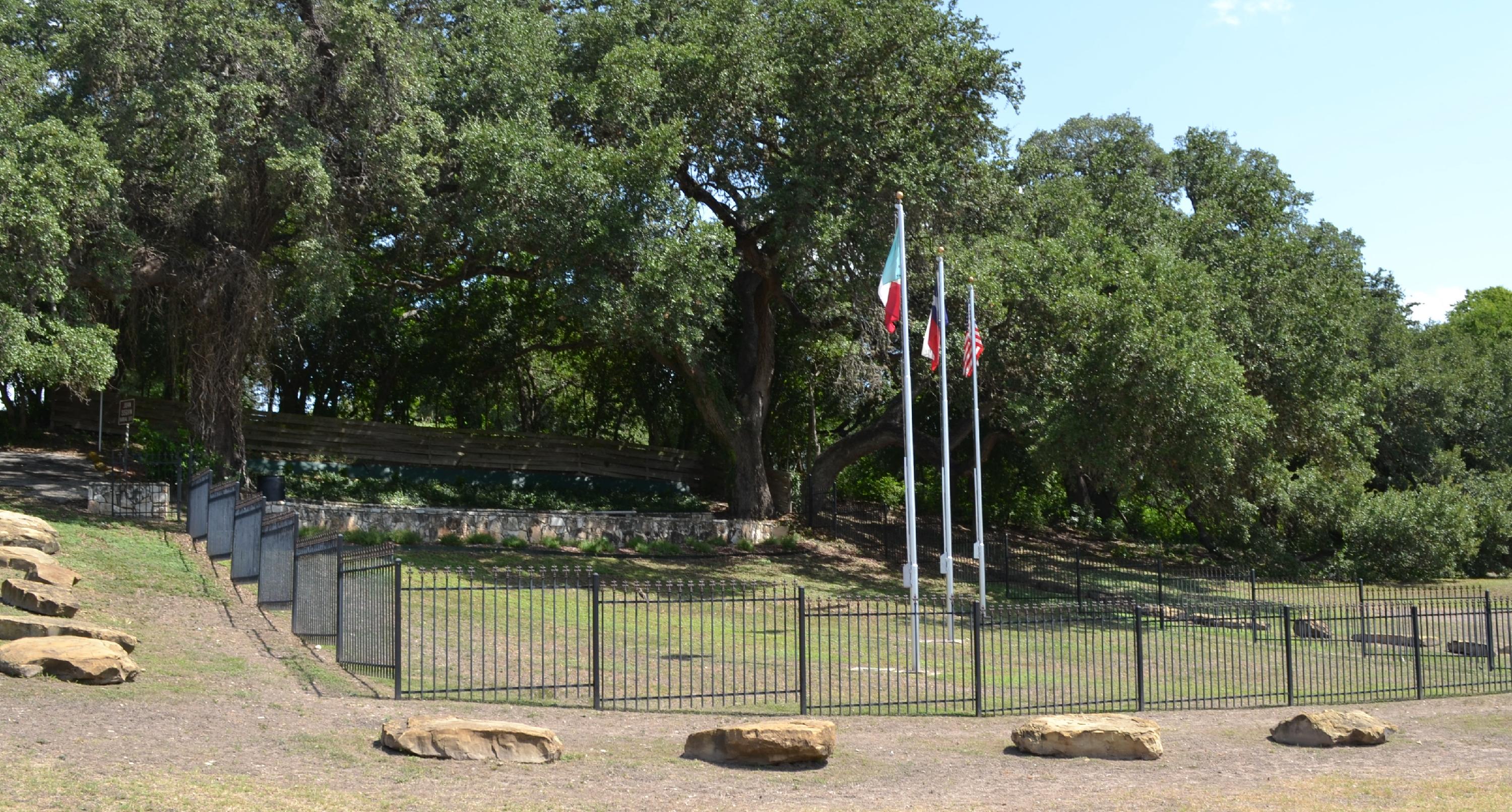 Whether on the battlefield, the political arena, or paying respect to our honored dead, Juan Seguin’s was a life of service, the dividends of which we are still enjoying to this day. This is the time of year we Texans celebrate the events that led to independence, and it is only fitting that we take a moment to recognize the contributions of Juan Seguin.