Hey friends, it’s mid-January here in North Texas. The temperatures are dropping, and as I write this, there is ice in the forecast. This can mean only one thing. It’s Stock Show time!! It’s that time of year when everyone in Fort Worth, from lawyers to stock brokers, from salesmen to school teachers, are, if for only a few weeks, cowboys. They dust off their Stetsons and boots, load the family in the pick-up, and spend the day immersed in a tradition that’s been going on for 122 years. That’s one of the reasons I love living in Cowtown so much. We’re a modern, cosmopolitan city, but we’re never too far from our wild west roots, and we embrace our history. After all, what is history, but tradition, and what is tradition, but the affirmation of what makes a community and its people who and what they are. The Southwestern Exposition and Livestock Show is much more than a few weeks of family fun. It represents the Texas spirit and what is best about Fort Worth and our heritage. It is also the oldest continuously running livestock show and rodeo. 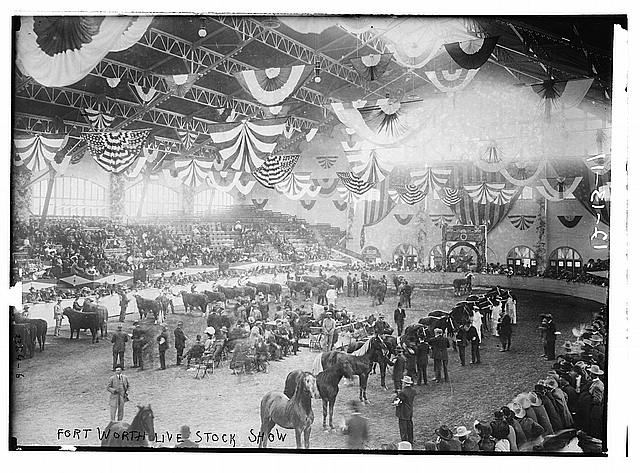 Starting way back in 1896, several prominent businessmen, along with local ranchers, and representatives from the Armour & Company and Swift & Company meat packers, wanted to find a way to promote the local cattle industry. The first stock show was held in October 1896 in a large field with only a few trees for cover from the elements, but it was such a success that it was held again the following spring. For the first several years, it was known as the Texas Fat Stock Show, and tents were added so that the people and animals would be a bit more comfortable. At first, it was strictly a Texas affair, which drew visitors and contestants from farms and ranches all over the state, but over the next several years, it would draw people from all over the country, and eventually the world. 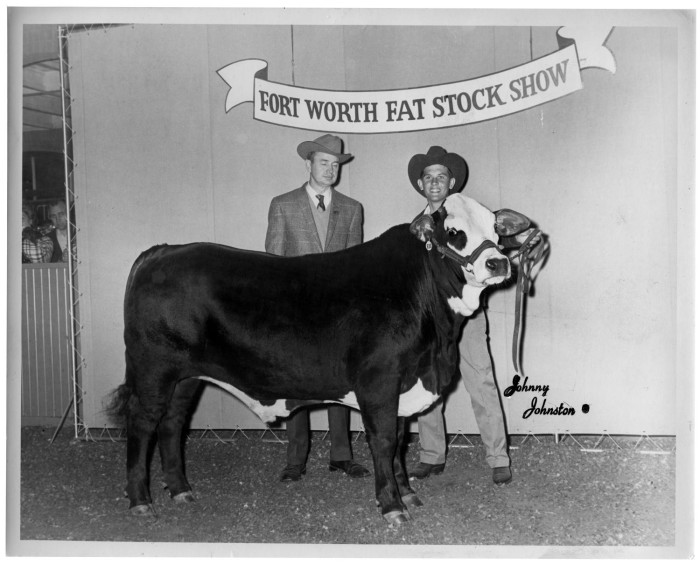 In 1908, the Northside Coliseum was built to house the Stock Show, which not only provided a more substantial venue for the event, but just ten years later, it allowed for the most important addition to the Stock Show, the now famous Stock Show Rodeo. Among other innovations, it was the first indoor rodeo and the first to feature Brahma bull riding, and remains a huge draw for the Stock Show to this day.

In 1944, the Stock Show was moved to the Will Rogers Memorial Center where it remains today, and over the years it has expanded to include multiple cattle barns and such technological advances as indoor plumbing, heating, and air conditioning. In 1978, the name was changed to the Southwestern Exposition and Livestock Show, and it just seems to get better every year. Today, the Stock Show includes horse and cattle shows, a world class rodeo with thirty-six performances, hundreds of vendors selling their wares, and a carnival midway with games and rides. I’ve been attending the Stock Show since the late 70’s and now it is my privilege to build that same tradition with my own children. I hope it comes to mean as much to them as it does to me, so that one day they will carry on the tradition with their kids. This year, the Southwestern Exposition and Livestock Show runs from January 12th to February 3rd, so pay a visit and see why Fort Worth, Texas still lays claim to the title of “Where the West Begins.”

Don’t forget to check out my video blog and photos from my recent visit to the 2018 Fort Worth Stock Show and Rodeo on my Facebook Page Under the Lone Star and until next time, saddle up, get out there, and enjoy all that the great state of Texas has to offer.