As a child, I spent a lot of time in the Texas Hill Country, and even today, it is my favorite spot in the world.  The rolling hills and general ruggedness of the region give it a beauty that has always spoken to me on a very deep level.  There is one spot in the Hill Country that has always held a special place in my memory and imagination, it is a place called the Devil’s Backbone. 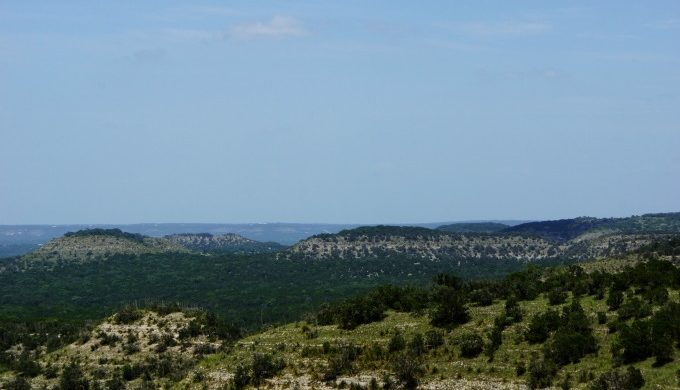 The Devil’s Backbone is a scenic drive that follows a limestone ridge which runs from Blanco to Wimberley.  It is wonderful drive that encompasses all the beauty that is found in the Hill Country. From the highway and several overlooks, one can look out over deep valleys where the limestone cliffs disappear beneath a canopy of live oak, pecan, and mesquite trees.

There are many who believe that the Devil’s Backbone is haunted, and reports of strange events have persisted for many years.  Most of these stories take place in the heavily wooded areas of the Backbone, where the sun seems to barely reach the deep valley, and where one gets the sense of being alone and totally cutoff from the world beyond.  The area is made up mostly of ranches and hunting cabins, and it is from these remote locations where the hauntings have taken place.

One of the most popular stories, which has been told by numerous people, is the sound of phantom horses, the hooves of which are heard thundering down the lonely trails of the backbone.  Most surmise that these sounds could be the remnants of the Confederate soldiers who mustered at the forts in the area prior to heading out at the start of the Civil War.

Prior to the arrival of the first Spanish settlers in Texas, this land was inhabited by numerous Native American tribes, and it was the much-feared Comanche who controlled the Texas Hill Country up until the early 1860’s.  The Comanche were fierce warriors who had long ago defeated tribes such as the Kiowa, Caddo, and Apache, to become the masters of the Texas Plains.  Many of the ghostly tales from the Devil’s Backbone involve encounters with Native American spirits, likely those of the Comanche. 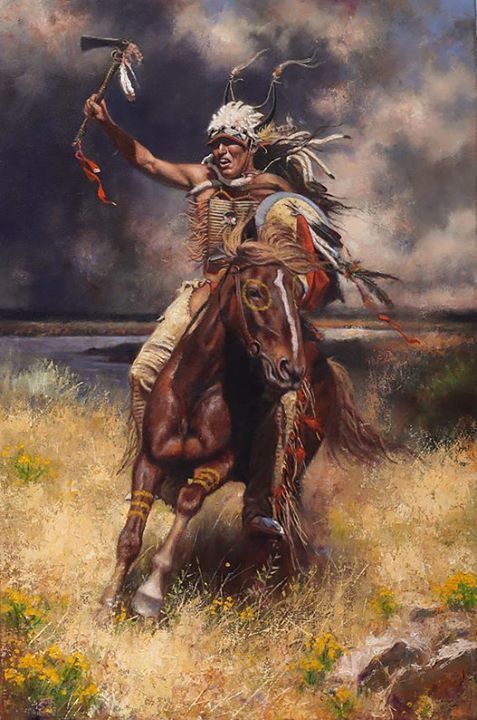 One such tale is of a hunter who had just climbed down from his tree stand at dusk and was walking back to his hunting cabin.  While walking along the darkened trail, he sensed that he was not alone, and upon looking to his side, he saw a dark-skinned shirtless man less than ten yards from him.  The man was clad in buckskin breeches and wore the war-paint of a Comanche brave.

The Comanche were a deeply spiritual people who had a connection to the land and the animals that shared that land with them.  One of the animals that figured prominently in their beliefs was the wolf; it represented the same stoic fierceness that Comanche warriors held dear.

Perhaps the strangest tale from the Devil’s Backbone is story of three men who were hiking one day when one of them became separated from the others.  As he walked, he came upon a wolf, an animal that is not found in the area these days.  As the man froze with both fear and curiosity, the wolf charged.  As the wolf quickly approached his position, the man was certain he would soon be devoured, but as the predator leapt at him, instead of taking him down, the hiker felt the animal pass right through him.  When the three friends were reunited, he breathlessly told his tale, but not surprisingly his two friends did not believe his story.

Upon returning to their cabin the man began exhibiting strange behavior, including speaking in a low, guttural tone and talking about Indian massacres.  As he became more agitated, and his friends became more concerned, a strong gust of wind suddenly blew open the back door of the cabin.  After a few moments, the wind died down and the man returned to normal but was unable to explain his behavior.

I am not going to proclaim that I believe the Devil’s Backbone is haunted, but as this is October and Halloween is quickly approaching, I’m not going to disagree with those that do.  I will tell you that the area does have a power, the power to awe, to inspire, and to raise one’s spirits with its splendid vistas.  For me, it is the place where I feel most acutely the beauty and power of God.

If you have the opportunity, take a trip to the Texas Hill Country, and while you’re there, be sure to take a drive along the Devil’s backbone.  At the very least you’ll enjoy the view and have chance to take some great pictures, and perhaps you might just catch a glimpse of those long past inhabitants of the Lone Star State.  Now, saddle up, get out there, and enjoy all that the great state of Texas has to offer.